LatinoFarm workers Sustain Food in the US, but Are They Protected Against COVID-19? 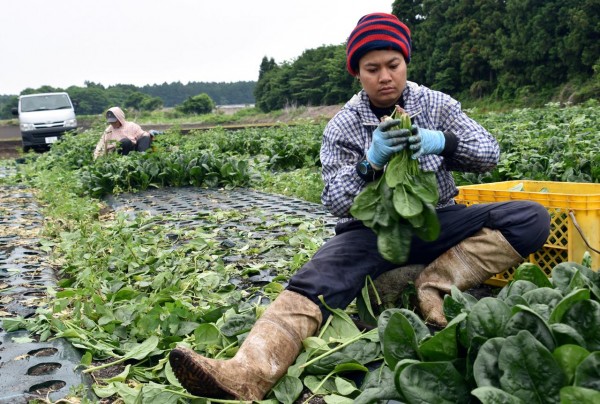 More than 400,000 Latino and Hispanic farmworkers who continue to work amid COVID-19 in the American fields to sustain the food chain of the country are at risk, according to a recently published article.

LATINO FARMWORKERS
There are nearly 60 million Latinos and Hispanics living in the United States, and they are the largest minority group in the country as well. Many of them work as farmworkers and continue to work in the fields, even amid the health threat of COVID-19.

However, these Latino farmworkers who are exempted from the stay-at-home policy to make sure that the food supply remains steady are now at a considerable risk of getting the virus because of the lack of surgical masks and gloves.

Amadeo Sumano, one of the farmworkers, said that he and his co-workers received a letter from their employers informing them of the importance of handwashing. However, it is very ironic for them because how can they be protected and the products that they are touching like fruits and vegetables if they do not have gloves.

Sumano said: “Nothing has changed at work. The distance principle, six feet between people, does not work in agriculture.”

Adding up to their worries is their migration status in the country because most of them are undocumented. Sumano also shared that they also get pressured to work because they have to make sure that the country has enough food.

The irony here is Latinos, and Hispanic farmworkers are working night and day with low wages and yet are not receiving masks or even just gloves to protect themselves from COVID-19 while many Americans are staying in their home safe and away from the virus.

LATINO FARMWORKERS ARE AT RISK
There are many growers and labor contractors who said that they are putting restrictive measures and practices to make sure that the farmworkers are practicing social distancing, and their common facilities are maintained sanitized.

However, farmworker advocates and workers tell a different story. The workers said that they received low wages even though they worked night and day, did not receive personal protective equipment just like masks or gloves, and, most of all, don’t have expanded unemployment benefits once they get ill or lose work.

In California alone, there are roughly 400,000 Latino and Hispanic farmworkers. Once these workers got sick due to a lack of personal protective equipment, the country will be on the brink of hunger. California produced two-thirds of the country’s fruits and nuts while they also produced one-third of the country’s vegetables.

Armando Elenes, secretary-treasurer of the United Farm Workers of America, said: “What we noted immediately was that workers were not being provided protections or information. [Growers are] not even trying. And that’s gotten workers very scared. The last hands that touched that produce before the consumer puts it in their mouth is a farm worker’s hands, so we better care about what happens to these workers.”

He also clarified that they are not receiving hazard pays as what the growers said. The hazard pay did not reflect their paycheck, and he also added that it’s too lucky for a farmworker if he or she received a minimum wage. This information only confirms that Hispanic farmworkers are receiving low-wages.

Irene de Barraicua, a spokesperson for Líderes Campesinas, an advocacy organization of California female farmworkers, said: “They’re getting paid the same, yet they’re exposing themselves to more dangers. There is no standard for a safety orientation. Sometimes we hear they just get a five-minute talk – stay six feet apart, don’t do this, don’t do that – but they’re working in big crowds. It feels like it’s not being taken seriously because the money is more important.”

In a country like the United States, where Latino farmworkers sustain the food supply, they need to make sure that the health of these farmworkers is attended to, and they need to be paid well. Working night and day without proper compensation is killing them more than a virus ever would.